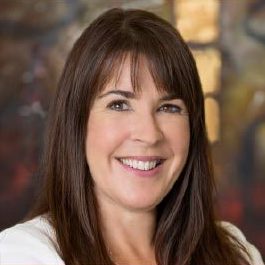 Leanne Salyzyn grew up in Dartmouth, Nova Scotia and attended St. Mary’s University in Halifax, graduating with a Bachelor of Commerce degree in 1988. The following year, she relocated to Quebec City and attended Laval University studying French for Non-Francophones and subsequently her MBA in French. In 1990 she moved to Montreal and obtained employment at a multi-national accounting firm in the corporate insolvency department. She continued to upgrade her education at Concordia University. In 1991, she moved to Toronto and obtained employment at an insolvency firm specializing in consumer insolvency. She obtained the status of Insolvency Counselor and Chartered Insolvency and Restructuring Professional in 1996. After succeeding at the National Insolvency Exam (NIE) she obtained her federal license as a Licensed Insolvency Trustee in 1997 for the jurisdiction of Ontario. In 1998, she returned to Nova Scotia to fulfill her dream of operating her own insolvency practice and working with her father, Mike. Leanne is the CEO and managing partner of Salyzyn & Associates Limited.

Leanne has been a national board member of the Canadian Association of Insolvency & Restructuring Professionals (CAIRP) since 2008. She was vice president and past president of the Nova Scotia Association of Insolvency & Restructuring Professionals (NSAIRP). She is the only woman to ever hold these esteemed positions. Over the past two decades Leanne has volunteered countless hours to both national and the provincial insolvency committees such as the NSAIRP, CAIRP Standards of Professional Practice Committee, CAIRP Governance Committee, CAIRP Education Committee, and the Consumer Insolvency Small Practice Committee. She has volunteered as an official marker of the NIE exam and was a CAIRP annual conference committee rep for Halifax in 2008.

Leanne is the founder and first chairperson of the Atlantic Canada Network of IWIRC. She is the first woman in Eastern Canada to receive the highest professional designation awarded to an insolvency practitioner: a fellowship presented in August 2015. She was also a finalist for Canadian Association of Family Enterprise’s (CAFE) Nova Scotia Family Enterprise of the Year Award 2015.

She is a firm believer in giving back to the community and proudly supports the MS Society, Phoenix Youth, and the Canadian Cancer Society.

She is a frequent guest debt blogger for Halifax Magazine and debt guru on Global Maritime Morning segment “Dollars & Sense.”

Talk to a trustee